For the rights of the terminal, or hopelessly physically ill, competent adult
www.assistedsuicide.org

What do you call an assisted death?

Controversy in Oregon about the best term to describe how a doctor helps a terminally ill person to die under the Oregon Death With Dignity Act (1994) set me thinking about all the terms we use to describe ways of dying and death. The row in Oregon is between people on the choice side who abhor words like suicide, euthanasia, and Hemlock, while on the anti-choice side they want the foregoing words to be clearly spelled out because, they think, it helps their opposing case.   Read more ...

Liberty and Death: A manifesto concerning an individual's right to choose to die

In a spirit of compassion for all, this manifesto proclaims that every competent adult has the incontestable right to humankinds ultimate civil and personal liberty -- the right to die in a manner and at a time of their own choosing. Whereas modern medicine has brought great benefits to humanity, it cannot entirely solve the pain and distress of the dying process.   Read more ...

Controversial in death as in life, the Hemlock Society USA as a name died suddenly on June 13, 2003, in a boardroom in Denver, Colorado. It was 23 years old. Public relations experts and political strategists – leaning heavily on focus groups – were on hand to usher in the death knell. Months of agonizing debate had preceded the decision because no one could think of a better name!


The Future of the Right-To-Die Movement

When we look at what the right-to-die movement has achieved, against what it has wished to do, an honest person would agree that there is still a long, long way to go. The first signs of organized activity on this issue came in the late 1930s in Britain, but nothing really happened until the 1970s when the public -- the non-medical world -- woke up with a shock to the fact that we often die differently nowadays compared to our ancestors.   Read more ...

Assisted Suicide Laws Around the World

Assisted suicide laws around the world are clear in some nations but unclear – if they exist at all – in others. Just because a country has not defined its criminal code on this specific action does not mean all assisters will go free. It is a complicated state of affairs. A great many people instinctively feel that suicide and assisted suicide are such individual acts of freedom and free will that they assume there are no legal prohibitions. This fallacy has brought many people into trouble with the law.   Read more ...

Visit the Assisted-Dying Blog maintained by Derek Humphry
Share your views with the rest of the world on ERGOs weblog.

Join ERGO - Become a Member
Help ERGO in its work to achieve choices in dying.

Join the International Right-To-Die Mailing List
Exchange news and views on a wide range of right-to-die topics.
(Only subscribe if you in principle support the right to choose
to die when physical suffering is unbearable).

A Web page of the Euthanasia Research & Guidance Organization (ERGO), based in Oregon, USA. • Email 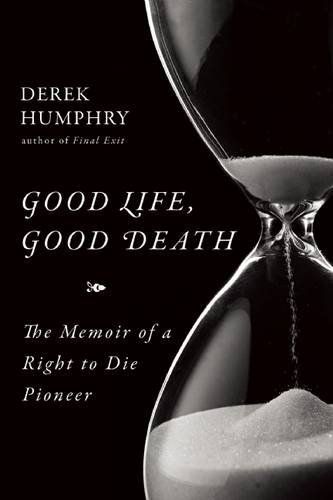